A full field of 8 racers this week in the expert class saw Tim Burgess jump out to an early lead. Tim saw his lead expand to 2+ laps after segment number three.

A major crash in the lead on during segment 4 resulted in cars having to be retrieved from the restroom. Unfortunately one of those cars was Tim’s, who would call it a night after presumably knocking the motor loose. Timmy dominated the early part of this race and was on his way to a win.

I took advantage of Tim’s misfortune and won the race ahead of Lee Gilbert, and Lenny Strand.

Series racing starts this Saturday at 1pm!! A new class was added, and will replace Group 10. Also, there is a new points structure in place with numerous ways to accumulate points during the race and qualifying. The season opening race tends to have higher car counts, and each racer will get to see some of the nice improvements to the raceway Jim has made lately. 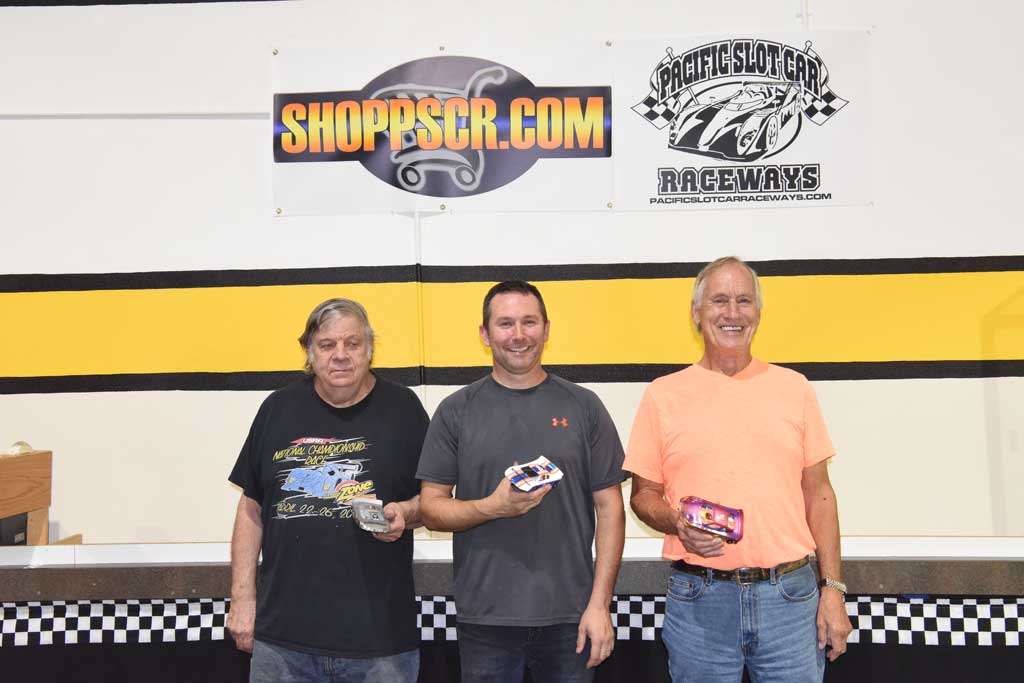