Tuesday was the final round in the Winter 2013 Bracket Series, Donny Scott took the win beating out Dale Schmidt in the final round. This superb performance by Donny also pushed him up in the points to an overall second place finish up from 5th place passing Doug Jones, Larry Altmayer and Dave Collins. Both Donny and Doug were tied in points, as well as Larry and Dave, Donny getting the tie breaker with a 160 point best finish over Dougs best of 140 both having entered every single race in the series. 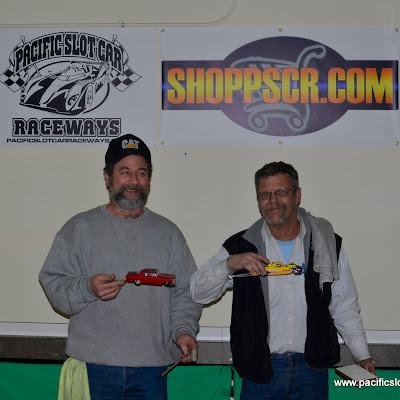 The Spring 2013 combined series starts next Tuesday with 3 classes of racing every Tuesday night! More information on this can be found here